Win Tix to 'A Monster Calls'

A Monster Calls is a 2016 dark fantasy drama film directed by J. A. Bayona and written by Patrick Ness, based on his novel of the same name. The film stars Sigourney Weaver, Felicity Jones, Toby Kebbell, Lewis MacDougall, and Liam Neeson, and tells the story of Conor (MacDougal), a child whose mother (Jones) is terminally ill; one night, he is visited by a giant tree-like monster (Neeson), who states that he will come back and tell him three stories.

Conor is dealing with far more than other boys his age. His beloved and devoted mother is ill. He has little in common with his imperious grandmother. His father has resettled thousands of miles away. But Conor finds a most unlikely ally when the Monster appears at his bedroom window one night. Ancient, wild, and relentless, the Monster guides Conor on a journey of courage, faith, and truth that powerfully fuses imagination and reality.

See the trailer here. Out in cinemas now.

Want to win one of ten double passes to see this film? Simply email This email address is being protected from spambots. You need JavaScript enabled to view it. by 5pm Aug 5th and it could be your lucky day. Winners will be notified directly. 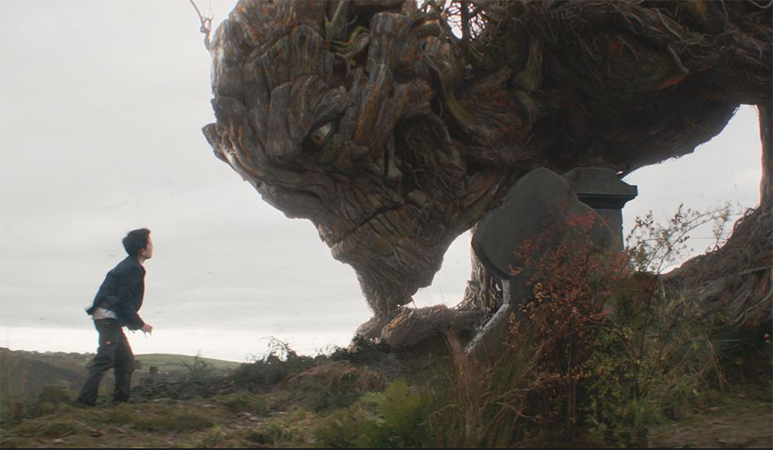