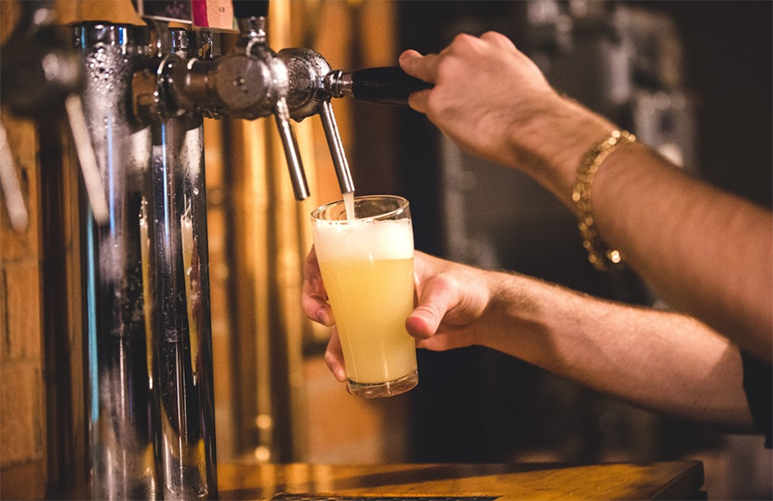 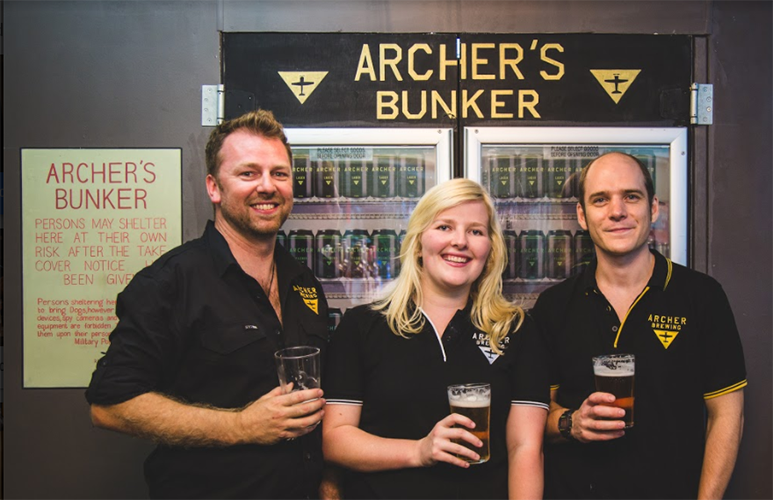 Stuart’s affection for aircraft, and in particular Archer planes, developed while he was a commercial pilot so it’s no surprise that when it came to a name for the brewery, it was a no brainer.

Archer’s Bunker has all of Archer Brewing’s beers on tap along with cider and wine, with full views to the copper fermenters and brew tanks.

Plus, if you plan to seek shelter from the outside world for a while, Archer’s Bunker offers cheese and charcuterie share boards, oven-fired pizzas and bar snacks including a delicious vegetarian board – boasting grilled haloumi – and vegetable rice paper rolls.

Archer Brewing is already on tap in numerous bars across Brisbane including Fitz + Potts and The Mill on Constance, and cans will soon be available too.

To enter Archer’s Bunker, look for the Archer Brewing fridge inside Cellarbrations Spring Hill, or enter through the red door from The International Hotel (like a modern day Tardis!). 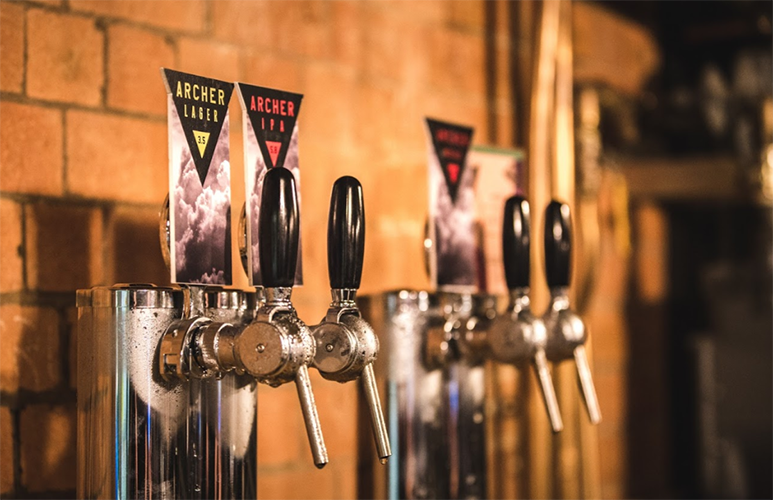 on Saturday, 03 February 2018. Posted in Word on the Street, A Foodie Affair, Craft Beer, What's Happening, Drink Like A Boss, For the love of beer, Pop-Up Events, Shops To Love, Casual Drinks, For The Foodies, Time For Me, Me, Me, Whats On | Events, Drinks, Bars & After Dark, The Birds Word, Events & Functions